DICKSON A. MUNGAZI is Regent's Professor of Education and History at Northern Arizona University. His numerous publications include In the Footsteps of the Masters: Desmond M. Tutu and Abel T. Muzorewa (Praeger, 2000), The Last British Liberals in Africa (Praeger, 1998), The Mind of Black Africa (Praeger, 1996), and Educational Policy and National Character (Praeger, 1993). 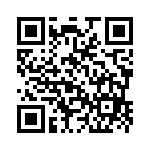