Page 47
turned to the Islamic nations of Southwest Asia for support. This was ideologically
attractive, as at that time Pakistan took its Islamic status much more seriously than
did most of its neighbors to the west; moreover, it seemed to hold the promise ...
Page 204
India understood that it would never expect open backing from the Islamic states
in any dispute with Pakistan. But over the years New Delhi had developed a set
of tactics that had been used relatively successfully in earlier disputes with ...
Page 335
See also Indo-Soviet Treaty Indian civil service, 10 Indian National Congress; 35-
37, 69, 149, 187, 296 Indo-Soviet Treaty of Peace and Friendship, 172, 196, 198-
201, 206, 242 Innes, F. M., 282 Islam, Syed Nazrul, 114 Islamic socialism, ... 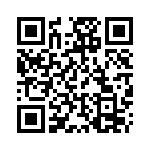