Fleming was not James Bond, but even before his death in 1964 the character Fleming created had taken on a life of his own in books, films, and myth. Well educated, from a wealthy, upper-crust family ... Read full review 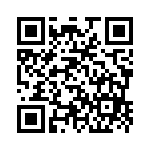