Writing out my heart: selections from the journal of Frances E. Willard, 1855-96

Carolyn De Swarte Gifford, an associate editor of the Historical Encyclopedia of Chicago Women, has published extensively on the history of American women. 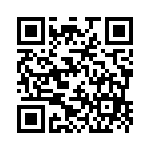