Pretty much essential reading for anyone interested in Taylor and who has read the subject's own autobiography, in which he doesn't even mention his second wife for fear of the threatened lawsuit ... Read full review

TROUBLEMAKER: The Life and History of A.J.P. Taylor

The life of "possibly the greatest, and certainly the most famous, diplomatic historian of the twentieth century," by a former research student now teaching at London University.Taylor may already be ... Read full review

Kathleen Burk is professor of modern and contemporary history at the University College London. 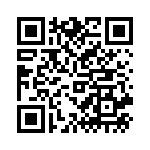