THE ARCHITECT OF GENOCIDE: Himmler and the Final Solution

An able analysis by Breitman (History/American Univ.) of Heinrich Himmler and the Holocaust he helped to spawn. By examining the roles played by major Nazis other than Hitler-Goering, Frank, Goebbels ... Read full review

Born in 1947 in Hartford, Connecticut, Richard Breitman credits his West Hartford public high school history teacher Robert Derosier with bringing European history to life for him. Breitman graduated from Yale and earned his M.A. and Ph.D. at Harvard. His first book, German Socialism and Weimar Democracy which explored the tensions between socialist goals and democratic convictions in the Social Democratic Party of Germany during the Weimar Republic, appeared in 1981.

Breitman read a 1983 article by historian Walter Laqueur about an anonymous German industrialist who in 1942 brought to the West information about Hitler’s planned use of gas chambers and crematoria to destroy European Jewry. Breitman proved that the industrialist was Eduard Schulte, a prominent but secretly anti-Nazi CEO of a large mining firm who traveled frequently between Germany and Switzerland. Breitman and Laqueur then wrote Breaking the Silence: the German Who Exposed the Final Solution.

In 1994, Breitman asked the National Security Agency to declassify its holdings of World War II intercepts and decodes of radio messages. As a result, the NSA Historical Cryptographic Collection, amounting to some 1.3 million pages, was turned over to the US National Archives. In this mass, Breitman found a small file of British decodes of German police radio messages, still unavailable in the United Kingdom, that revealed important information about the first stage of the Holocaust. Prodded by Parliament, the British government followed with its own, larger, declassification of German decodes. Breitman mined both British and American archives for his 1998 book Official Secrets: What the Nazis Planned, What the British and Americans Knew.

Breitman then served as director of historical research for a small US government body set up to oversee implementation of a 1998 declassification law regarding Nazi war crimes. This organization helped to declassify more than eight million pages of US government records, and a team of four historians used them to write a 2005 book on US Intelligence and the Nazis.

Among Breitman’s 13 books are the prize-winning The Architect of Genocide: Himmler and the Final Solution, stressing Himmler’s central planning of the Holocaust, and FDR and the Jews, co-authored with Allan J. Lichtman, which argued that Roosevelt’s policies toward European Jewry fluctuated substantially over time according to circumstances, political calculations, and constraints.

Breitman joined American University’s history department as assistant professor in 1976 and retired as distinguished professor emeritus in 2015. For 25 years, he served as editor of the journal Holocaust and Genocide Studies. In 1999 he received an honorary doctorate from Hebrew Union College, and in 2018 a Distinguished Achievement Award from the Holocaust Educational Foundation. 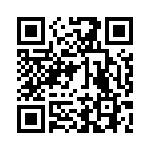