Dr Thallada Bhaskar, Senior Scientist, is currently heading the Thermo-catalytic Processes Area, Bio-Fuels Division (BFD) at CSIR-Indian Institute of Petroleum, India. He received Ph D for his work at CSIR-Indian Institute of Chemical Technology (IICT) from Osmania University, Hyderabad in the year 1999. He carried out Postdoctoral Research at Okayama University, Okayama, Japan after which he joined as Research Assistant Professor and taught catalysis, chemical kinetics and thermodynamics for ~7 years. He has about 90 publications in journals of international repute, contributed 10 book chapters to renowned publishers (ACS, Elsevier, Woodhead Publishing, CRC Press etc) and 11 patents to his in his field of expertise in addition to 250 national and international symposia presentations.

His 20 years of research experience cover various fields of science revolving around his expertise in heterogeneous catalysis thermo-chemical conversion of biomass, waste plastics and e-waste plastics into value added hydrocarbons. He has prepared several catalysts and thrown a light on the structure activity relationships of novel catalytic materials for hydrotreatment of fossil based crudes. His contributions to the field of sustainable hydrocarbons are in the form of process knowhow and catalyst developments. His patents and publications discuss crucial points encompassing wide areas of thermo-catalytic conversion like pyrolysis and hydrothermal liquefaction for biomass (agricultural, forest residues and aquatic biomass) and plastic waste (industrial and e-waste) conversion. In addition he worked on developing micro-channel reactors for several chemical reactions and separation processes. His other interests include utilization of non-conventional energies for the sustainable production of hydrocarbons utilizing the polymeric wastes available which will make the thermo-chemical methods of conversion more energy efficient.

In view of his expertise, he is on the editorial board of 2 international peer reviewed journals and expert member of several committees. He received the Distinguished Researcher award from AIST (2013), Japan and Most Progressive Researcher award from FSRJ, Japan (2008). He is also the Fellow of Biotech Research Society of India and member of the Governing Council. He received the Raman Research Fellowship for the year 2013-14. He was also a JSPS Visiting Scientist to Tokyo Institute of Technology, Japan during 2009. He has carried out several research projects with great success with national and international collaborators. He has organized several international symposia in India and abroad in this area and visited several countries to deliver invited/ plenary lectures.

Professor Ashok Pandey is currently Distinguished Scientist at CSIR-Indian Institute for Toxicology Research, Lucknow, India and Honorary Executive Director at the Centre for Energy and Environmental Sustainability- India; he was the former Deputy Director for CSIR's National Institute for Interdisciplinary Science and Technology at Trivandrum, where he head the Centre for Biofuels and Biotechnology Division. Professor Pandey's research interests are on bio-based economy for the production of fuels and chemicals. He has over 1000 publications and communications, which include 14 patents and design copyright, 34 books, 99 book chapters, and 391 original and review papers. Professor Pandey is the recipient of many national and international awards and fellowships, including Fellow of International Society for Energy, Environment and Sustainability, National Academy of Science (India), Biotech Research Society, India, and the International Organization of Biotechnology and Bioengineering. He was Chairman of the International Society of Food, Agriculture and Environment, Finland (Food & Health) from 2003-2004. He is Founder President of the Biotech Research Society, India (www.brsi.in); International Coordinator and General Secretary of International Forum on Industrial Bioprocesses, France (www.ifibiop.org), and Vice-President of the International Society for Energy, Environment & Sustainability (www.isees.org) and All India Biotech Association (www.aibaonline.com). Professor Pandey is Editor-in-chief of Bioresource Technology, Honorary Executive Advisors of Journal of Water Sustainability and Journal of Energy and Environmental Sustainability and editorial board member of several international and Indian journals. Prof. Pandey was also recently honoured as the Most Cited Author as per the Shanghai Ranking's Global Ranking of Academic Subjects 2016.

Dr.S.Venkata Mohan is working as Principal Scientist in CSIR-Indian Institute of Chemical Technology, Hyderabad since 1998. He was a Visiting Professor at Kyoto University (2005) and Alexander von Humboldt (AvH) Fellow at Technical University of Munich, Germany (2001-02). His main research interests are in the domain of Environmental Bioengineering Specifically in the areas of Advance Waste Remediation, Aciodogenesis, Microbial Electrogenesis, Photosynthesis and Waste Biorefinery. He has authored more than 310 research articles, 36 chapters for books, edited 4 books and has 9 patents. His publication has more than 12,750 citations with an h-index of 62 (Google Scholar). He has guided 22 PhDs., 2 M.Phils and more than 100 M.Tech./B.Tech./M.Sc. students. Recently, Dr Mohan recently successfully demonstrated a pilot plant for biohydrogen production from waste for MNRE and waste fed biorefinery platform for CSIR. He carried out various industrial and consultancy projects in the area of environmental management.
Dr Mohan is recipient of coveted 'Shanti Swarup Bhatnagar (SSB) Prize' for the year 2014 in Engineering Sciences from Government of India. He also received several awards and honours, which includes, Most outstanding Researcher in the field of Environmental Science in India- 2018 by Carrer360, as 'National Bioscience award-2012' by DBT, Government of India, SERB-IGCW-2017 for 'Biohydrogen Technology' from DST-SERB, Environmental Engineering Design Award 2017 by the National Design and Research Forum (NDRF) of Institute of Engineers, India (2017), 'Prosper.net-Scopus Young Researcher Award in Sustainable Development -2010' under Energy Category by United Nations University and Elsevier, 'NASI-Scopus Young Scientist Award- 2010' in Earth, Oceanographic & Environmental Sciences by NASI and Elsevier, Nawab Zain Yar Jung Bahadur Memorial Prize-1994 by The Institution of Engineers (India), etc.
Dr Mohan is an elected Fellow of National Academy of Engineering, Biotech Research Society of India, Telangana and Andhra Pradesh Akademy of Sciences, International Forum on Industrial Bioprocesses, Institution of Engineers, International Society for Energy, Environment and Sustainability, etc.
Dr Mohan is National Editor for Science Portal (EVS), subject Editor for the Journal of Energy, Associate Editor for Frontiers in Environmental Science and Frontiers in Energy Research and is serving on the Editorial Board of several journals viz., Bioresource Technology, Advances in Energy Research, Carbon Resources Conversion, etc.

Duu-Jong Lee is currently a Life-Time Specially Appointed Professor of National Taiwan University (NTU) and Chair Professor and Dean of College of Engineering of National Taiwan University of Science and Technology (NTUST). He obtained his Bachelor (1984) and PhD (1989) degrees both at Chemical Engineering Department, NTU. Professor Lee has strong research interest in the area of industrial wastewater treatment, biomass to energy and environmental management, especially in microscale transport/reaction process in biomass matrix. During the past 25 years of his career, he has completed several projects successfully and developed various processes with full-scale applications. The research carried out till-date has credited him with more than 1000 publications/communications. The citations in SCOPUS on Dr Lee's work has exceeded 8000 with h=42. Professor Lee is the recipient of many national and international awards and fellowships. He is currently also the President of the Taiwan Institute of Chemical Engineers with 3500 members in Taiwan and overseas.

Dr. Samir Kumar Khanal is an Associate Professor of Biological Engineering at the University of Hawai'i at Manoa. Previously, he was a post-doctoral research associate and Research Assistant Professor at Iowa State University for 6 years. Dr. Khanal obtained Ph.D. in Civil Engineering with a focus in Environmental Biotechnology from the Hong Kong University of Science and Technology (HKUST), Hong Kong in 2002. He obtained in M.S. in environmental engineering from Asian Institute of Technology, Thailand in 1997. Dr. Khanal is a leading researcher, internationally in the field of anaerobic digestion, waste-to-resources and environmental biotechnology. Dr. Khanal, to date, has published over 90 refereed papers in high quality international journals. He also delivered over 90 keynote/invited presentation internationally. In addition, he also wrote and published a book entitled "Anaerobic Biotechnology for Bioenergy Production: Principles and Applications” (Wiley-Blackwell, 2008). Dr. Khanal edited another book, as the Lead Editor, entitled "Bioenergy and Biofuel from Biowastes and Biomass” (American Society of Civil Engineers (ASCE), 2010). Both books have become the best-sellers in the respective field. Recently he also published a bioenergy textbook entitled Bioenergy: Principles and Application (Wiley-Blackwell, 2016). He has supervised 11 Ph.D., 16 M.S., 17 undergraduate and 12 high school students, 13 post-docs and 14 visiting scholars. Dr. Khanal is also an editorial board member of the highly prestigious international journal, Bioresource Technology and Korean Journal of Environmental Engineering. He is also a recipient of CTAHR Dean's Award for Excellence in Research (2016), University of Hawaii at Manoa. Dr. Khanal is a professional engineer (environmental engineering) in the state of Iowa. 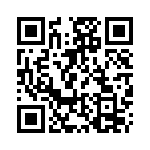