Your search - Jesus - did not match any documents.

Try this search over all volumes: Jesus

Page 48 - Fondly do we hope — fervently do we pray — that this mighty scourge of war may speedily pass away. Yet, if God wills that it continue until all the wealth piled by the bondman's two hundred and fifty years of unrequited toil shall be sunk, and until every drop of blood drawn with the lash shall be paid with another drawn with the sword, as was said three thousand years ago, so still it must be said, 'The judgments of the Lord are true and righteous altogether.
Appears in 830 books from 1853-2008
Page 569 - Hast thou not known ? hast thou not heard, that the Everlasting God, the LORD, the Creator of the ends of the earth, fainteth not, neither is weary ? there is no searching of His understanding.
Appears in 1368 books from 1801-2008
More
Page 216 - GROW old along with me! The best is yet to be, The last of life, for which the first was made: Our times are in his hand Who saith, "A whole I planned, Youth shows but half; trust God: see all, nor be afraid!
Appears in 836 books from 1854-2008
Page 66 - Lord, make me an instrument of Your peace. Where there is hatred, let me sow love; where there is injury, pardon; where there is doubt, faith; where there is despair, hope; where there is darkness, light, and where there is sadness, joy.
Appears in 985 books from 1838-2008
Page 129 - Fear not, for I have redeemed you; I have called you by name; you are mine.
Appears in 799 books from 1809-2008
Page 539 - UNDER the wide and starry sky, Dig the grave and let me lie. Glad did I live and gladly die, And I laid me down with a will. This be the verse you grave for me: Here he lies where he longed to be, Home is the sailor, home from sea, And the hunter home from the hill.
Appears in 864 books from 1817-2008
Page 309 - And Jesus said unto him, Foxes have holes, and birds of the air have nests ; but the Son of man hath not where to lay his head.
Appears in 1149 books from 1802-2008
Page 579 - Spirit in the inner man, and that Christ may dwell in your hearts through faith; that you, being rooted and grounded in love, may have power to comprehend with all the saints what is the breadth and length and height and depth, and to know the love of Christ which surpasses knowledge, that you may be filled with all the fullness of God.
Appears in 831 books from 1808-2008
Page 238 - No one can serve two masters; for either he will hate the one and love the other, or he will be devoted to the one and despise the other. You cannot serve God and mammon.
Appears in 1056 books from 1810-2009
Less

William Sloane Coffin served as chaplain of Yale University and Williams College, was senior minister of Riverside Church, and is President Emeritus of SANE/FREEZE: Campaign for Global Security. He became famous while at Yale in the 1960s for his opposition to the Vietnam War. He was jailed as a civil rights Freedom Rider, indicted by the U.S. government in the Benjamin Spock conspiracy trial, and has been immortalized as Rev. Sloan in the Doonesbury comic strip. Both Union Theological Seminary in New York and Yale University have established scholarships in his honor.Included in his works are Credo and A Passion for the Possible, both available from WJK. 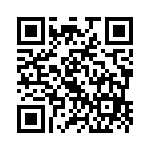